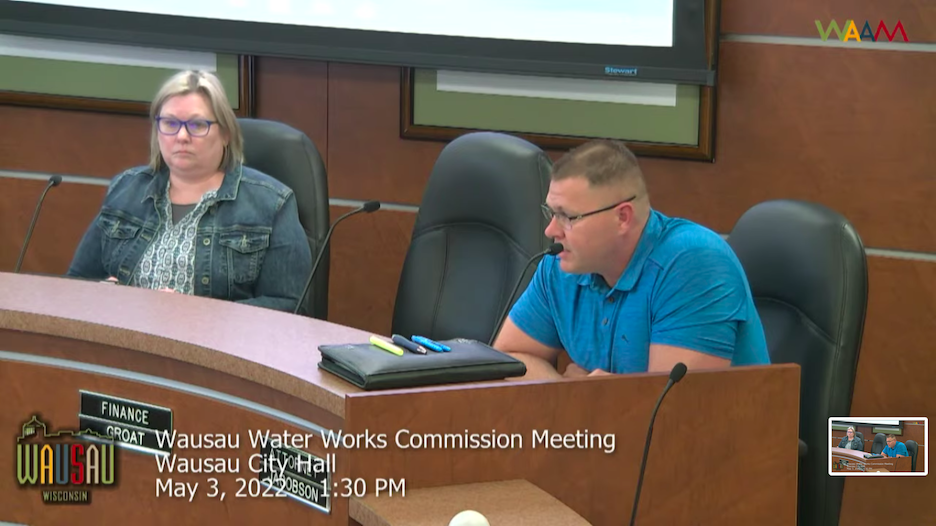 Wood Environmental & Infrastructure Solutions, Inc. is an additional company hired by the city to address the PFAS issue. The city has already hired Donohue & Associates and Becher Hoppe for a pilot study to provide options on PFAS disposal. Joe Gehin, an employee of Becher Hoppe, is a member of the Wausau Water Works Commission.

After voluntarily testing its wells for per- and polyfluoroalkyl substances, or PFAS, the city detected the chemicals at levels ranging from 23 to 48 parts per trillion (ppt). The levels exceed the future drinking water standard proposed by the Wisconsin Department of Natural Resources (DNR) by 20 ppm, a level based on recommendations from the Wisconsin Department of Health Services (DHS). All of Wausau’s wells were above DHS recommendations, prompting the city to provide bottled water and filter pitchers to residents.

On April 14, the commission voted to hold negotiations with Wood Environment & Infrastructure Solutions, Inc., on the treatment of PFAS and its removal from the city’s drinking water system. The decision came a week after six consulting firms, including Wood, submitted their proposals detailing how they would work with the city to address and remove PFAS.

Wausau, which had hired Mueller Communications to shape its public relations, will transfer the job to Wood. Commissioner John Robinson pointed to the duplication of services by Mueller and Wood, while Director of Public Works and Utilities Eric Lindman said city officials would prefer the new consultant handle communications, as information will become more technical as work progresses.

“We need the ability to explain this to the general public,” he said.

The Commission also approved Lindman’s recommendation to establish a budget for the work provided by Mueller Communications, but the commission reduced the proposed amount from $25,000 to $20,000.

During Tuesday’s meeting, representatives from Donohue & Associates briefed the committee on the pilot study. An attached document says the companies are continuing to collect samples and compile and assess data. They suggested continuing the study until May or even for a longer period.

The commission meeting was chaired by Common Council Chair Becky McElhaney instead of Mayor Katie Rosenberg, who is chair of the Wausau Water Works Commission.

(To read Wood’s proposed scope of work, click here and go to page 55. For Donohue’s briefing on the pilot study, go to page 62.)

Lindman told the Wausau Water Works Commission that his department’s work has been affected by a staff shortage and ongoing hiring issues. In a memo presented to the commission, Lindman said some of the actions of city leaders, such as pay-related changes and faster promotion of employees, were positive “but weren’t enough for us to fill our positions.” .

Staff say the salary offered by the city is comparatively lower than other employers, a situation that is impacting hiring. Those with engineering degrees “are not going to work for the city at $22 an hour,” said Scott Boers, superintendent of the drinking water division.

A Growing and ADTi announce the availability of a sub 800 g. RGB/Multispectral Payload for DJI Matrix 300