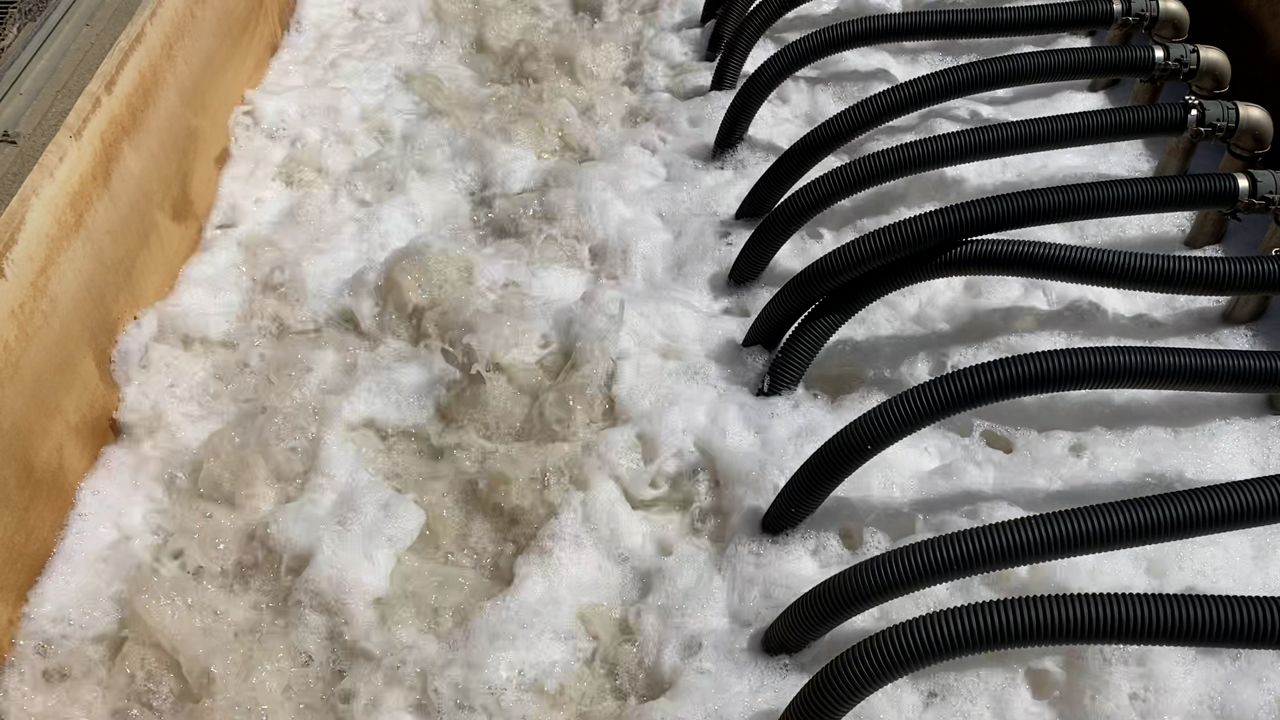 EL SEGUNDO, Calif. — In Southern California, more than 66 percent of our water supply is imported from outside the region. But as this supply continues to dwindle, water experts say the demand for water is only increasing.

The industry is looking to increase water recycling as a way to combat drought, creating a flow of supply that could significantly reduce Los Angeles’ reliance on imported water.

What do you want to know

It can be a difficult concept to grasp, said Darryl Ramos-Young, education and outreach specialist at the West Basin Municipal Water District: How is it possible that raw sewage can be turned into purified water, plus cleaner than the faucet?

At the Edward C. Little Water Recycling Facility in El Segundo, the first step is the microfiltration process.

“This filter has just started its filtration process, so water from Hyperion’s water reclamation plant goes into this filter and rises,” Ramos-Young showed. “Kind of like a household vacuum cleaner. The water is sucked into the filters.

Historically, most of Los Angeles’ wastewater has been, well, wasted.

Every day, 250 million gallons are treated twice at Los Angeles’ oldest and largest wastewater treatment facility, the Hyperion Water Reclamation Plant, then most of it is dumped into the Pacific Ocean. .

But 40 million gallons of that treated water arrives at the Edward C. Little Water Recycling Facility to be cleaned and reused.

When the water gets here, it’s still not clean enough even for irrigation where a lot of the recycled water is used.

So it goes through the advanced microfiltration process, with thousands of tiny fibers that capture everything from dirt to bacteria. From there, Ramos-Young said the water passes through a reverse osmosis membrane.

From there, the water is sent for disinfection with hydrogen peroxide and UV light.

At this point the water is so clean; they have to re-inject minerals into it. But still, state and federal regulations do not yet allow the consumption of this recycled water, even though it greatly exceeds drinking water standards.

Ramos-Young said they expect that to change soon, as recycling water is the future of the water industry and a viable solution to dwindling water supplies. due to drought.

“Many other agencies are currently testing their systems and we look forward to collaborating with them,” Ramos-Young added.

Water reuse was one of many topics at the American Water Works Association’s spring conference, Sustainable Water through the Millennium. Uzi Daniel was there to represent South Bay as Operations Manager of the West Basin Municipal Water District.

Daniel said this conference brings together water professionals from two states to work together to solve some of our water resources problems.

“It can be daunting and even frightening to look at the global warming situation, how it’s changing. We’re seeing regionally that some places have big storms, some places don’t have water. So I think even though it’s daunting, we all need to come together to understand this,” Daniel explained.

But Daniel said it’s not just up to water agencies to change policy. Sustainable water conservation will come from everyone doing their part, from switching to drought-tolerant landscapes and hybrid vehicles to eliminating those single-use plastics.

“I think we are all very aware of the dire water situation and I think if we also look inside ourselves and our community, we see the solutions,” Daniel said.

Solutions that also come in the form of public education, Ramos-Young told the lab at the recycling facility as he showed the final stage of the process where water undergoes 2,500 tests.

“Seeing is believing. The most [the community] can go out and learn first hand about how we treat our water and demystify the whole process, we hope they will become ambassadors and take care of their neighborhood and environment,” he said.

West Basin adds that although 75% of the Earth is covered in water, only 1% of this fresh water is available to meet the needs of more than 6.6 billion people worldwide. Because of drought and pollution, that 1% is shrinking.

For more information on water recycling, click on here.

TCA Explains: How can consumers protect themselves against robocalls?