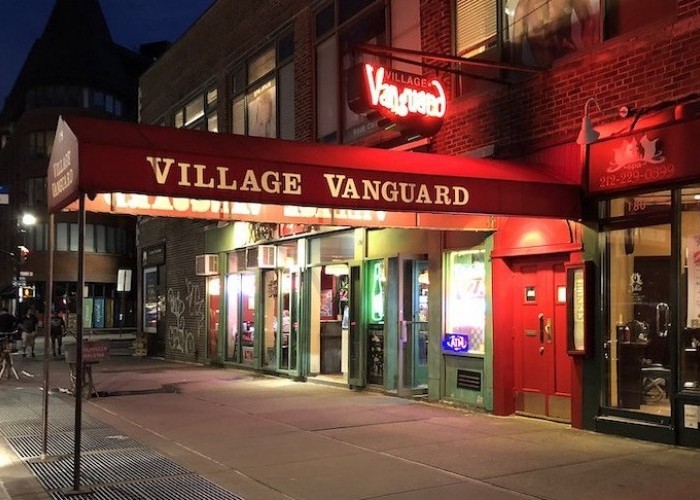 The vanguard of the village reopens

The tables were a little less numerous. The air filtration system was new. But when the Village Vanguard reopened in September, the air was heavy with the metaphorical weight of musical history – and the promise of history to be made.

After 18 months closed to the public during the pandemic, the 85-year-old jazz temple was once again welcoming music enthusiasts. And who better to kick off the final chapter of this legendary spot than pianist Bill Charlap, who, along with his bandmates Peter Washington on bass and Kenny Washington on drums, had some 20 years of appearances in the sub. floor of this Greenwich Village establishment, a monument of jazz in New York?

While the club had staged a kind of soft relaunch the week before, with Denver trumpeter Ron Miles making his Vanguard debut as frontman, Charlap’s re-emergence on September 21 on the revered stage – the first night of a two-week engagement for this quintessential new Yorker – really heralded the return of live jazz to the hall and to the city as a whole.

“The Vanguard represents New York jazz and a kind of music – and Bill exemplifies that style, attitude, position very well,” longtime club general manager Jed Eisenman said in an interview. â€œHe is part of the inner circle of the Vanguard.

The moment did not escape Charlap. “Avant-garde is New York,” he said in an interview. â€œIt’s jazz. It’s our story and it’s more than our story.

Charlap, singularly learned guardian of the jazz flame, has served a lot of history. In an improvised setting, he drew on his encyclopedic knowledge of standards, from Michel Legrand’s dreamlike overture, the late 1960s ballad â€œWhat Are You Doing The Rest Of Your Lifeâ€ (which appears on his new album , Street of dreams), up close and dazzling, “Woody ‘N’ You” by Dizzy Gillespie, 1942.

Like Charlap’s choice of melodies, his performances had a stream-of-consciousness quality. Sprinkled with improvised melodic quotes and stylistic references to old piano masters – a filigree Art Tatum run here, a George Shearing block chord passage there – the allusions were, amid photos of jazz luminaries. looking at the ghost – like the walls of the club, almost de rigueur in a Charlap setting.

But that night, his game went way beyond the mandatory. Inspired by the club’s comeback and informed, he said, by the lockdown time he had devoted to a revisit of composers dating back to the Baroque, he seemed determined to delve into previously unexplored corners of his artistic psyche. .

â€œMaybe the calm that was imposed gave us time to think and breathe a little,â€ he said. â€œPeople take risks. It’s a feeling that’s very wonderful now.

Even though he rendered melodies with the clarity due to the composers he obviously revered, he seemed to like to ignore those melodies or abandon them altogether. The result: a deeply pianistic performance marked by ruminative rumblings at the bottom of the keyboard, delicate dances at its top and surging waves of glissandi disarmingly requisitioning common ground.

Obviously, he was having a good time – and, in the process, posed possibilities for pianists operating in a conspicuous mainstream.

Eisenman acknowledged that the Vanguard had at times favored a purist view: â€œThere was a time in the 70s, 80s and a little bit in the 90s where we were maybe a little more orthodox in the reservation. But in the early 1960s, it had opened its doors to artists like Albert Ayler and Ornette Coleman, then considered to be on the left.

In recent years, he added, the club had once again become a more pluralistic keeper – recording some sort of breakthrough in 2019 with the booking of free-form guitarist Mary Halvorson. Later this year, adventurous players like saxophonist Chris Potter and trumpeter Ambrose Akinmusire will take the stage, though none boast of being in good faith more radically inventive than Charlap.

While musical ideology itself is declining, Eisenman said, work remains work and, with the number of plays in town dwindling, it had become harder to find. So, he said, “The demand to play at the club keeps growing” – a pre-pandemic trend that only accelerated with the closure of Jazz Standard linked to COVID.

All along, Charlap has charted his own journey – leading jazz studies at William Paterson University, reviving an in-person version of his Jazz series in July at 92nd Street Y, and booking concerts, from a concert. pre-vaccine solo in July 2020 at Pennsylvania’s Deer Head Inn on a September 2021 duet date with singer Dee Dee Bridgewater at Lafayette College.

But it is to the Avant-garde that he always returns.