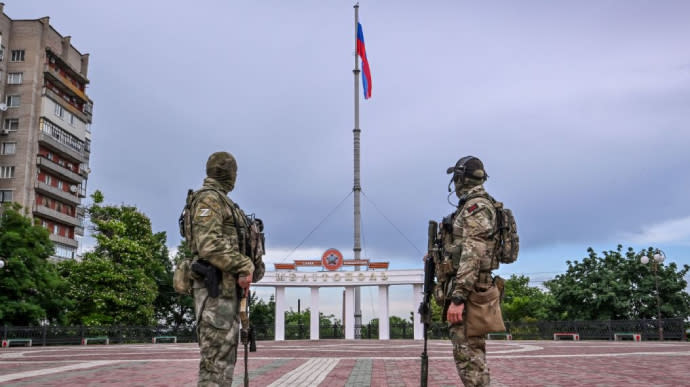 The Russian occupation regime in Zaporizhzhia Oblast distributes newspapers containing false statements allegedly made by Valerii Zaluzhnyi, Commander-in-Chief of the Ukrainian Armed Forces, and Oleksii Arestovych, Advisor to the Head of Office of the President of Ukraine.

Source: The Center for Combating Disinformation of the National Security and Defense Council of Ukraine on Telegram

Quotation: “The enemy distributes newspapers where the Russians publish false statements allegedly made by Zaluzhnyi and Arestovych regarding the so-called ‘loss of Zaporizhzhia’ and despair among the [Ukrainian – ed.] troops.”

Details: According to Ukrainian intelligence services, Russian occupants of the temporarily occupied city of Kherson are moving into private apartments and forcing the local population to obtain Russian passports.

Russian troops in Mariupol are forcing Mariupol residents to get referrals from filter camps. There is currently an acute shortage of drinking water in Mariupol.

In the Russian-occupied town of Vovchansk in Ukraine’s Kharkiv oblast, Russian forces removed all patients from one of the town’s hospitals and refused to treat them. Instead, the hospital was filled with wounded Russian soldiers; the hospital staff is forced to collaborate with the Russians.

In Sorokin, on the territory temporarily occupied by the Russians of the Luhansk Oblast, Ukrainians expelled from elsewhere receive the passports of the so-called “People’s Republic of Luhansk”.