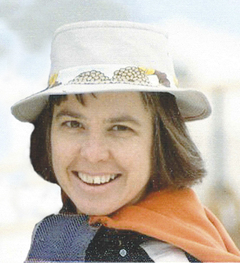 Lois Fay Golightly, 90, of Traverse City died on Sunday, December 19, 2021. Lois was born in Cannon Falls, Minnesota on April 27, 1931, the daughter of Glenn Reinholdt Van Guilder and Helen Clair Sackett. She was predeceased by her late husband and life partner of 55 years, Warren David Lange, from December 5, 1922 to December 16, 2018 and her brother Glenn C. Van Guilder.
She is survived by her daughter, Jimi Lee Haswell; sons, Jeffrey William Haswell and James Lloyd Haswell (Barb); and stepson, Calvin Joel Lange; sister-in-law, Donna Kay Van Guilder; 13 grandchildren; and 4 great-grandchildren.
Lois attended school and grew up mostly in the Detroit area, later graduating and becoming the first woman hired at three previously all-male automotive and hydraulics technology labs at General Motors Tech Center. She was a member of the Detroit and Ann Arbor Friends Meeting, the Religious Society of Friends, Quakers, and an active participant in the Green Pastures Quarterly Meeting, Lake Erie Yearly Meeting, and Friends General Conference. She was also a member of and worked for the American Friends Service Committee (AFSC), whose mission is to promote a world free from violence, inequality and oppression. In addition to traveling and door-to-door in the last key states needed to pass the Equal Rights Amendment (ERA) for women, Lois and her fellow Quakers traveled to Washington DC in 1968 to stage a peaceful protest. , where they were arrested, in support of the Southern Christian Leadership Council under the leadership of Dr. Ralph Abernathy during the Poor People’s Campaign, May 12, 1968 to June 24, 1968.
Warren and Lois were also volunteers and supporters of Koinonia Farm in Georgia, home of Habitat for Humanity International. A long-time supporter of civil rights, women’s rights and the rights of the elderly, Lois was a sincere activist and community participant until the end. Things also came full circle in the 80s when Dr. Ralph Abernathy was invited to the NMC as part of the Office of Student Activities and Student Government Speaker Series and they were able to meet.
In 1982, Warren and Lois bought their home in Traverse City, their last “land base”, for the 46-foot ketch sailboat they had built from the ground up to live there. Active in many aspects of life in Traverse City over the years, many of you have touched her life and meant a lot to her. the
the family warmly thanks you for the friendship and those who stood up and worked together “to fight the good fight”.
From 1983 to 1986, Lois wrote a regular column, The Feminist Forum, in the Northwestern Michigan College (NMC) newspaper, the White Pine Press (WPP). She is currently being recognized in their December 9, 2021 issue for featuring the work of renowned feminist artist Judy Chicago, the Birth Project, on the NMC campus in 1986, the first exhibition in Michigan.
A celebration of life will be planned for sunny days. Memorials at the Women’s Resource Center.
Mom, you love us and we miss you and I’ll let you have the last words, “So in line with the lines of Walt Whitman, from his Song of Myself, I would like, in my living ‘reflection’, to have ashes buried in the gardens or landscaping floor of your homes.”

“I bequeath myself to the earth to grow grass that I love,
If you still want me, look for me under your boot soles.
You’ll hardly know who I am or what I mean,
But I will nevertheless be healthy for you,
And filter and fiber your blood.
Failing to pick me up early, keep encouraged.
I miss a place, look for another,
I’m stopping somewhere waiting for you.”

The family is being cared for by Reynolds-Jonkhoff Funeral Home and Cremation Services.

What is QD-OLED? Take a look at the next generation of display technology for TVs and monitors