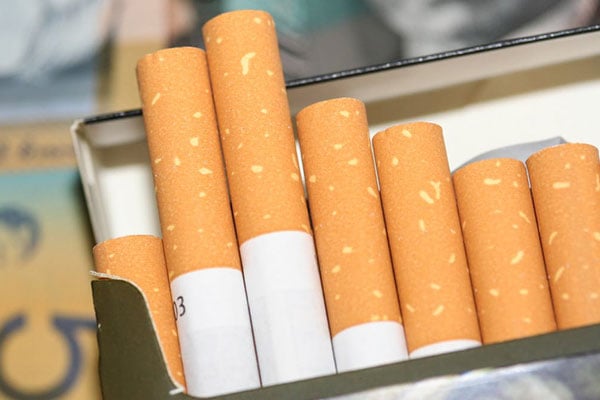 An anti-tobacco lobby has lobbied parliament to approve Treasury proposals to raise cigarette tax, arguing that any changes will reverse gains in the fight against nicotine use.

The National Taxpayers Association (NTA) has expressed concerns that the Finance and Planning Committee is interfering with the Treasury’s proposal that increases excise duty on nicotine products.

The committee in 2019 reduced the Treasury’s proposal to increase excise duty on nicotine substitutes from 5,000 shillings to 1,500 shillings per kilogram.

The Treasury has made no tax increases on tobacco products in 2020/21.

The Treasury, through the Finance Bill 2022, has proposed to increase the tax on filtered cigarettes from 3,447.61 shillings per thousand or 1,000 sticks of cigarettes to 3,825 shillings. 99 per thousand.

“Our fear as tobacco control advocates is that the finance committee chaired by Gladys Wanga will once again interfere with the Treasury’s proposed tobacco tax increase,” said programs manager Franciscah Marabu. responsible for tobacco products at the NTA.

“We know the power of tobacco companies in lobbying for reduced taxes on nicotine products.”

We hope that the committee will not cancel the tobacco tax proposals as proposed by the Treasury.

The tax is intended to increase retail prices and potentially discourage the production and distribution of products.

The NTA has called on MPs to ensure there is a uniform tax for all types of cigarettes.

Marabu said the NTA had sent a proposal to parliament to ensure filtered and unfiltered cigarettes are taxed at the same rate.

“We have proposed that filtered and regular cigarettes be placed in a single tax category and taxed under a single uniform specific tax. This will prevent smokers from switching to cheaper cigarettes,” Ms Marabu said.

The current tobacco excise tax regime was instituted in 2015, but then-Treasury Secretary Henry Rotich gave smokers of low-end cigarettes price relief with a significant tax reduction excise tax that has dropped the price of unfiltered sticks by 70 cents.

Both types of cigarettes were subject to a uniform tax of 2.5 shillings per stick.