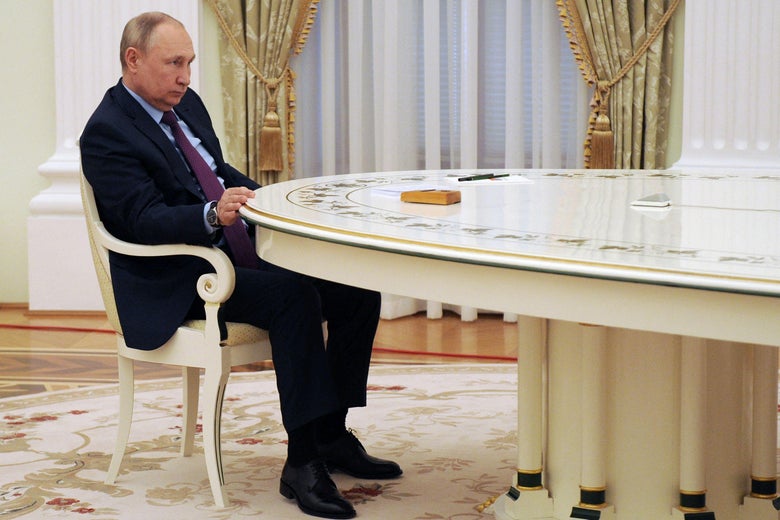 As Russia continues its illegal, aggressive and large-scale invasion of Ukraine, Russia’s internet censor said on Friday it would slow down (“throttling”) access to Facebook in Russia because the platform does not bend not the knee to the demands of censorship. The Russian government wanted Facebook to remove restrictions on its state-controlled media, Zvezda TV, RIA Novosti, Lenta.ru and Gazeta.ru, which spread disinformation, and the company refused.

Nick Clegg, vice president of global affairs at Facebook, wrote soon after, “ordinary Russians are using our apps to express themselves and organize themselves to take action. We want them to continue to raise their voices, share what’s happening and organize through Facebook, Instagram, WhatsApp and Messenger.

Senator Mark Warner sent letters Friday to the CEOs of Alphabet (Google), Meta (Facebook), Reddit, Twitter, TikTok and Telegram telling them to limit Russian information operations.
On Saturday, Facebook announced it was blocking all Russian state media ads on its platform. Although Facebook often repeats that it is a “neutral” player in hosting content, these rulings – and the Russian misinformation before and during the state attack – underscore that the platforms are not neutral, ever, as to who they provide services and how they design their platforms.

It is unclear whether Moscow will follow up on this threat against Facebook. Yet all of this underscores the importance of the internet and information control for the Kremlin, especially during armed conflict. As Putin continues his assault on Ukraine, Russia’s attempts to shape the information environment could include spreading disinformation on TV and radio, spreading disinformation via social media, launching cyberattacks on independent news outlets in Ukraine, and even the targeting of internet and cellular infrastructure to block communications. . And as with Russia’s threat to Facebook, that scrutiny also includes coercing social media companies and, if they don’t acquiesce, attempting to limit access altogether.

The Russian government has waged information warfare — a term its organizations, such as the Internet Research Agency, literally use — against Ukraine for years. (You may remember the Internet Research Agency for its attempts to wreak havoc in the 2016 US presidential elections.) After the Maidan revolution in 2014, where Ukrainians took to the streets to overthrow the dictator and President Viktor Yanukovych, the Putin regime fabricated allegations of human rights abuses in Ukraine as a false pretext to invade Crimea. In recent weeks, the Kremlin has launched a similar disinformation campaign on its news channels (many of which are branded by Facebook as state-controlled media), fabricating blatantly false stories to create the impression that Russia has a legitimate reason to attack Ukraine again.

Beyond inventing false pretenses for what is clearly an illegal and aggressive attack on an independent state, the Russian government’s propaganda and censorship efforts are also designed to shape the information environment. Moscow knows that in times of conflict, influencing, undermining and controlling information flows can provide strategic advantage. When Russian troops attacked Ukraine, the Kiev post was immediately to hit with an onslaught of cyberattacks; Russian military hackers have also launched Distributed Denial of Service (DDoS) attacks against Ukrainian organizations, including government websites that provide sources of vital information. In many past conflicts, such as the Russo-Georgian War in 2008, the Russian government and its proxies have launched widespread DDoS attacks to knock out websites and hamper a country’s ability to disseminate information. The purpose is to sow chaos, to hamper a government’s ability to communicate with its people, to hamper the ability of citizens to communicate with each other, and to undermine the ability of the press to share details of the conflict with the Ukrainian citizens and the rest of the world.

Certainly, Russia is not alone in recognizing the importance of information in conflicts: the Ukrainian government has used local Ukrainian hackers to protect infrastructure and spy on Russian troops. Yet the Russian government has a deep appreciation of the importance of information in the event of a conflict, and that is precisely why Facebook and its media labeling have now entered the scene.

The Kremlin is threatening to limit access to Facebook from Russia, as Clegg’s message makes clear, as Facebook continues to take action against Russian state media, such as labeling it as state-controlled. Not to mention, basically, that Facebook is deleting accounts that are part of Russian coordinated information operations. The platform is also a source of information about the Russian government’s attack on Ukraine, including events such as the Russian army allegedly attacking a kindergarten and an orphanage – news that even in a country deeply plagued by propaganda and state censorship, do not reflect well on Putin.

Facebook is by no means the most popular Internet platform in Russia. in fact, its user base is vastly smaller than that of YouTube and VK (known as “Russian Facebook”, in part because its design is extremely similar). Nevertheless, Facebook is an important platform for a number of Russians (38.9% population penetration, according to some estimates), and it is an important communication platform for individuals such as journalists who play a central role in the information that reaches Russian citizens. Information posted on Facebook can of course also be shared with other popular social networks. And strategically, the Russian government is concerned about Facebook and other US-incorporated social media companies because it views US internet platforms as tools of the US state. Combined with anti-war protests in Russia, in which thousands of Russians rallied against the regime’s attack on Ukraine, the Kremlin has many reasons to want to censor opposing news and stories.

The open question is whether Moscow will pull the trigger trying to limit access to Facebook – and if so, whether it can do anything meaningful. In 2021, when Twitter failed to comply with Kremlin requests to censor posts about the Navalny protests, the Russian government restricted access to Twitter from Russia. This partially worked, as access to the website was slowed down. But because Moscow couldn’t filter traffic as precisely as it would have liked, it also accidentally slowed access to other websites, such as those with similar URLs.

Yet, it demonstrated that the Russian government has deployed deep packet inspection technology more widely across Russian Internet networks and therefore may have more robust capabilities to implement these types of throttling and blocking in the future. This is also important because the Russian government’s nationwide internet censorship regime has long been less technical than China’s and relies more on traditional forms of coercion (law enforcement arrests, confusing laws, harassment of intelligence services) than on technical blocking of websites.

Whatever happens, the Kremlin’s goal is clear: to spread disinformation, block real news, and manipulate the information environment in any way possible to further its illegal invasion of Ukraine.