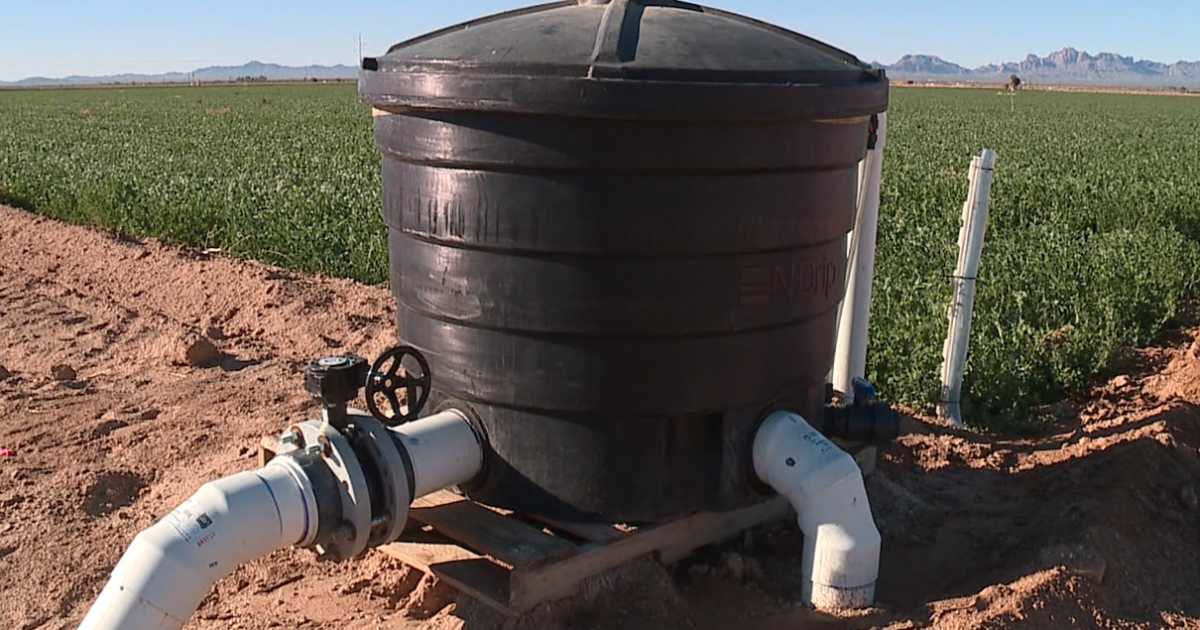 Drip irrigation technology is being tested to help farmers

TONOPAH, AZ — With water scarcity already a problem in Arizona, the Central Arizona Project (CAP) is looking for new ways to conserve water for agriculture, and it may have found one.

CAP and others are partnered with an Israel-based irrigation company called N-Drip. The company says its drip irrigation is cost effective, uses less water, requires no electricity and no filtration.

The pilot program has already been tested on Colorado River Indian Tribe farms with positive results, according to Orestes Morfin, senior planning analyst at the Central Arizona project.

“With our first two passes to the Colorado River Indian tribes, we conserved between 40 and 50 percent of the water that otherwise would have been used for flood irrigation,” Morfin said.

Bill Perry, a fourth-generation farmer from Arizona based in Tonopah, is also part of the pilot program. His cotton crop used 25% less water while his alfalfa crop used 40% less water, but he said there were some hurdles in the process.

“Because the ribbon sits above the ground, we don’t know how to put a second crop,” Perry said of the drip ribbon.

He says it must be removed after use if he is to plow and sow properly. It would be an additional cost to his already tight budget.

Tape aside, Perry says the system “works better than [he] thought it would be”.

The N-Drip technology is expected to be part of other pilot projects in Arizona over the next two years.

The goal is to use drip irrigation technology on a larger scale, so that other farmers like Perry can benefit from it in the face of current and future water shortages.

Many Ways to Be a Duck – Medford News, Weather, Sports, Breaking News