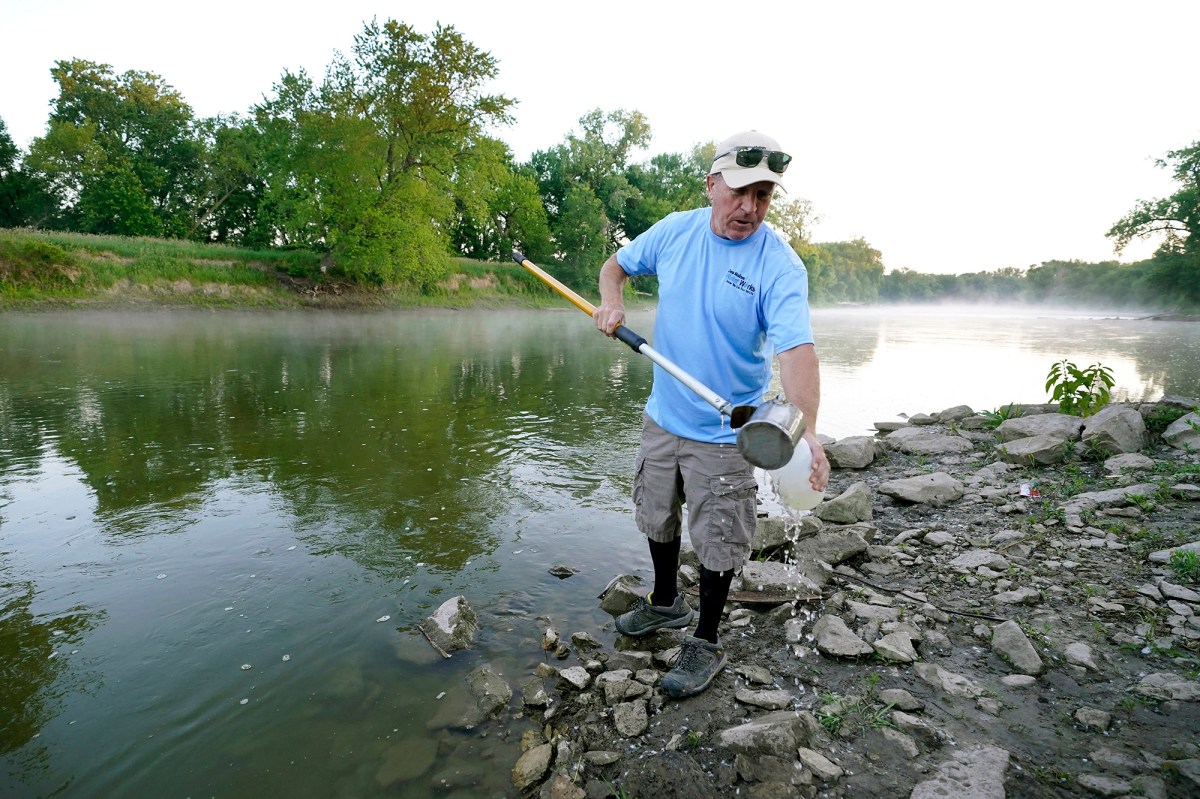 DES MOINES, Iowa – In the twilight just after dawn, Bill Blubaugh parks his Des Moines Water Works van, grabs a ladle and a few plastic bottles, and walks down a boat launch to the Raccoon River, where he takes samples from a waterway that runs through some of the most cultivated land in the country.

Every day, the utility analyzes the contents of these and other samples from the nearby Des Moines River as it strives to provide safe drinking water to more than 500,000 people in the Iowa capital. and its suburbs.

â€œSome mornings on the way down it smells of ammonia,â€ he said. ” It’s worrying. I come here every morning and I care about the water.

For years, Water Works has tried to coerce or coax upstream farmers to reduce the fertilizer runoff that leaves rivers with very high nitrate levels, but lawsuits and legislative lobbying have failed. Now he’s considering a drastic step that, as a rule, big cities just don’t – drill wells for clean water.

Small communities and individuals use wells, but large metropolitan areas in the United States have traditionally relied primarily on rivers and lakes for the large volumes of water needed. Surface sources provide about 70 percent of the fresh water in the United States, as reliance on wells for large populations would otherwise rapidly deplete aquifers.

However, the Des Moines utility plans to spend up to $ 30 million drilling wells to mix pure water when rivers have particularly high nitrate levels from agricultural runoff, most likely in the summer.

After spending $ 18 million over the past two decades on a contaminated river water treatment system, it’s frustrating to shell out millions more for something other cities wouldn’t imagine, say those in charge of public services.

Des Moines has become an extreme example of the conflict over drinking water between agriculture and towns in agricultural states with minimal regulation.

Iowa is a national leader in the production of corn, soybeans, eggs and pork, and all of this agricultural generosity results in the dumping of huge amounts of chemical fertilizers and animal wastes into waterways. The state’s 23 million pigs produce waste that is estimated to be the equivalent of 83 million people – more than 25 times the state’s human population, according to University of Iowa research engineer , Chris Jones.

Most of this manure is applied to Iowa’s 26 million acres of cropland, along with chemical fertilizers.

Natural and chemical fertilizers have helped Iowa increase its corn and soybean production by about 50 percent over the past 30 years, but much of it ends up in waterways in Iowa, in particularly in the areas of north-central Iowa that flow into Des Moines and Raccoon. rivers. This is because the region’s farmlands are relatively flat and rely on drainage systems called tiles that do not allow excess fertilizer to filter through the soil but quickly pour it into streams, resulting in high levels of nitrate and phosphorus.

While there are many agreements on how to filter chemicals, such as leaving buffer zones and planting cover crops like rye when the soil would otherwise be bare, the state’s agricultural lobby is is opposed to mandatory rules, and Iowa lawmakers have favored a voluntary approach that so far has not made a dent in the problem.

Water Works and other groups have filed lawsuits demanding tougher measures, but judges decided to leave the matter to the Legislature.

Lately, utility officials have worried about increasing algal blooms, caused by a combination of fertilizer runoff, high temperatures and low-flow water. Rivers contaminated with algae cannot be used as drinking water. Nitrates can cause what’s called blue baby syndrome in which infants lose the ability to properly process oxygen in the bloodstream, giving their skin a bluish tinge.

â€œThe question wasâ€¦ what is the next step with these difficult surface waters that we have to contend with? Corrigan asked. “Are we just going to have a continuous series of multi-million dollar processes that will make our treatment process more complex and costly?” “

Water Works is now donating $ 770,000 to the US Geological Service to assess sites to drill wells just north of town.

Brian LeMon, vice president of Minneapolis-based Barr Engineering Company, said he didn’t know of any other large city with such high levels of nitrate. The much larger Minneapolis / St. The Paul metropolitan area to the north does not have a similar problem with the water it takes from the Mississippi River, in part due to less intensive upstream agriculture and animal production, required buffer strips, and greater volume of the river.

Mike Naig, Iowa Secretary of Agriculture, acknowledges the runoff problem but supports Iowa’s Voluntary Nutrient Reduction Strategy, which uses limited state and federal funding to fund quality projects in the water on agricultural land. Workers are now installing buffers and carrying out other efforts in Polk County, where Des Moines is located, but even advocates recognize making a significant difference would require filtering runoff in thousands of places, which could cost billions of dollars.

Dave Walton, who grows soybeans and corn in eastern Iowa, said farmers should do their part to reduce nitrates, but every farm is different and regulations would not be uniformly effective. He said preventing runoff is expensive and would require public-private partnerships that would likely take decades.

â€œIf a farm is to be sustainable, it has to generate profits year after year,â€ said Walton. â€œAsking a farmer to invest in something that doesn’t increase his bottom line during a time when he was making no profit anyway is just a moot point. “

â€œNitrate generally doesn’t reach the levels you see in the Des Moines and Raccoon rivers,â€ he said. “Central Iowa has one of the worst water qualities you can find.”

This tiny coffee maker can grind, brew and filter your coffee beans… and it’s the size of a Starbucks mug