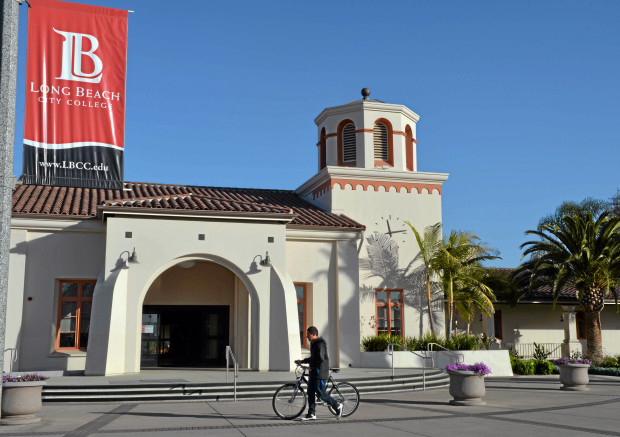 California universities once required professors to sign an anti-communist oath.

Many professors have resigned or refused to sign on principle, and no one looks back on this story with affection. Yet California community colleges are about to adopt a new loyalty oath. Rather than forcing professors to denounce communism, a new policy will force all professors to submit to the social justice agenda of the university bureaucracy.

But whatever the dogma of the day, forced submission to political convictions is a poison for free thought and the search for truth.

California Community College administration just passed a rule that will require faculty to use the principles of diversity, equity, inclusion, and accessibility (DEIA) and anti-racism in their teaching. DEIA and anti-racism are labels for a family of controversial principles, from the belief that minority groups should enjoy special privileges in hiring, college admissions, etc., to the broader view according to which capitalism and similar grassroots institutions must be uprooted to combat systemic racism. Proponents of anti-racism argue that anyone who does not support these deeply divisive concepts is in fact racist.

California community colleges want to require all faculty to preach this political creed in the classroom. The rule states, “Faculty members must use teaching and learning practices and programs that reflect the DEIA and anti-racism principles.” Faculty supervisors must “place a high degree of emphasis on DEIA competencies in the employee evaluation and tenure review processes.” Administrators should apply these principles to virtually every aspect of school operations, including “fund allocation, decision-making, planning, and program review processes.”

The College’s leadership considers the anti-racist philosophy to be the cornerstone of its mission. At a recent meeting, Vice Chancellor Daisy Gonzales said community colleges should “institutionalize equity as a core function of our work.” Academic Senate President Dolores Davison also said anti-racism should be “integrated into everything we do.” The pursuit of knowledge takes precedence over politics.

A college curriculum committee has drafted “Model Principles and Practices” regarding DEIA in the classroom, making it clear just how wildly partisan this framework is. For example, the Committee views teaching from an ‘individualistic perspective’ as a ‘Eurocentric’ practice that should be abandoned in favor of a ‘collectivist perspective’. Likewise, teachers are expected to use “a social justice lens in all subject areas.”

The message is clear: teachers must embrace and teach a specific, partisan worldview or be kicked out of the classroom.

The rule will undermine academic freedom by forcing teachers to bow to the college’s preferred viewpoint on controversial issues in their classroom. Teachers could risk their jobs if they voice dissenting opinions on hot-button issues such as transgender in athletics, policing, affirmative action and other issues. The result is a weakened university geared towards cementing dogma rather than seeking truth.

Students shielded from diverse viewpoints will be intellectually unarmed to deal with the complexity, nuance, and introspection offered by a veritable marketplace of ideas. Ruth Simmons, the first black president of an Ivy League university, put it this way: “A person’s voice becomes louder in encounters with opposing points of view. . . . The collision of viewpoints and ideologies is in the DNA of the academic enterprise. No collision avoidance technology is needed here.

If colleges wrap an ideological filter around the classroom that weeds out conservative views on the pressing issues of the day, students will graduate with tame minds and flabby opinions, not ready for a complex world.

Students who dare to think for themselves and resist indoctrination will also be increasingly subject to marginalization and abuse by their militant teachers.

The irony is unavoidable. California schools once forced teachers to reject collectivism and now they want to force teachers to embrace it. However, the two movements share a worrying basis: the desire to impose a dogma on young minds, the desire to make propaganda rather than to persuade. It’s not education. It is indoctrination.

Ethan Blevins and Daniel Ortner are attorneys at the Pacific Legal Foundation, a nonprofit legal organization that defends Americans’ freedoms when they are threatened by government excesses and abuses.

The best products that have gone viral so far in 2022

How to clean a greasy range hood