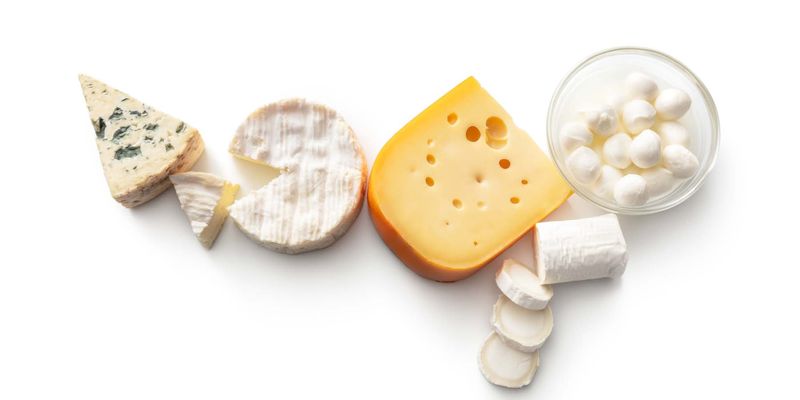 Bacterial battle: how protective cultures can protect us from foodborne pathogens in cheese

Cheese is a simple product. It is usually only made up of milk, enzymes, salt and bacteria that give cheese its shape and flavor.

But this simplicity, without preservatives present in other foods, makes it vulnerable to harboring pathogens.

â€œIt’s a huge risk because if there are pathogenic bacteria in raw milk and you make cheese from that milk, they can spread and cause disease,â€ says Dennis D’Amico, associate professor. of Dairy Products at the College of Agriculture, Health and Natural Resources.

Federal regulations dictate that cheese producers cannot use the types of additives found in foods like deli meats to counter this danger. One thing they can use, however, are bacterial cultures.

In the cheese-making process, cheese makers use starter bacterial cultures to turn milk into cheese. In a recent study published in LWT, D’Amico found that other bacterial cultures, called protective cultures, can fight pathogens and prevent them from causing disease by hampering their ability to infect someone at several key points.

In previous studies, D’Amico screened protective cultures to determine which could be potentially effective against common pathogens like Listeria, E. coli or Salmonella. His lab also looked at whether these protective cultures would interfere with starter cultures.

This research is among the first peer-reviewed studies to provide cheese producers with definitive evidence that these cultures work.

Through this work, D’Amico identified three commercially available protective cultures with the highest likelihood of being effective against Listeria monocytogenes, the foodborne pathogen responsible for listeriosis.

Listeriosis can have life-threatening effects in people in high-risk groups, such as people with compromised immune systems and pregnant women. The pathogen has a death rate of 20 to 30 percent, making it a significant public health problem.

The choice of commercially available strains was an important consideration because otherwise cheese makers would find it difficult, if not impossible, to adopt D’Amico’s findings in their process.

D’Amico conducted a previous study showing that using a high concentration of protective cultures can effectively kill pathogens. In this study, D’Amico used significantly higher concentrations of pathogens than a person would normally consume to allow the pathogen to survive long enough to study the infection process.

Bacteria change their behavior when in the presence of other similar bacteria and can produce antimicrobial metabolites. When a pathogenic bacterium detects the presence of these cultures and their metabolites, it enters a kind of â€œfight or flightâ€ mode. The pathogen focuses on the expression of genes important for the survival of the competitor and deactivates many of the non-essential functions that allow it to cause disease.

â€œIn terms of evolution, these are their competitors,â€ says D’Amico. “Typically [a protective cultureâ€™s] the effect is limited to a certain group of pathogens.

To get sick from eating something contaminated with Listeria, the pathogen must survive in the inhospitable environment of the gastrointestinal tract. Then, it must attach itself to the cells of the colon. Finally, it must enter these cells and cross the wall of the epithelial cells. Interrupting any of these steps will help prevent disease even if the pathogen does not die.

D’Amico found that protective cultures were effective in stopping Listeria at key points in the infection process. Both Lactiplantibacillus plantarum disrupted cultures Listeriaability to survive in the gastrointestinal tract.

There was no significant impact on the ability of the pathogen to adhere to cells. However, LLN and LPP significantly reduced the pathogen’s ability to invade colon cells, and all three cultures disrupted transepithelial translocation, where the pathogen crosses the epithelial barrier by moving between cells.

In a Food Research International publication, D’Amico establishes other potential benefits of adding these cultures.

In theory, if someone regularly eats a product containing these protective cultures, it would become part of their gut microbiome and provide probiotic protection against Listeria infection if they encountered it in any other food product.

â€œProducers do their best to make safe products,â€ says D’Amico. “But their hands are kind of tied with no solutions like this.”

– This version was originally posted on the University of Connecticut website.

The maturity of Jack Daniel in India